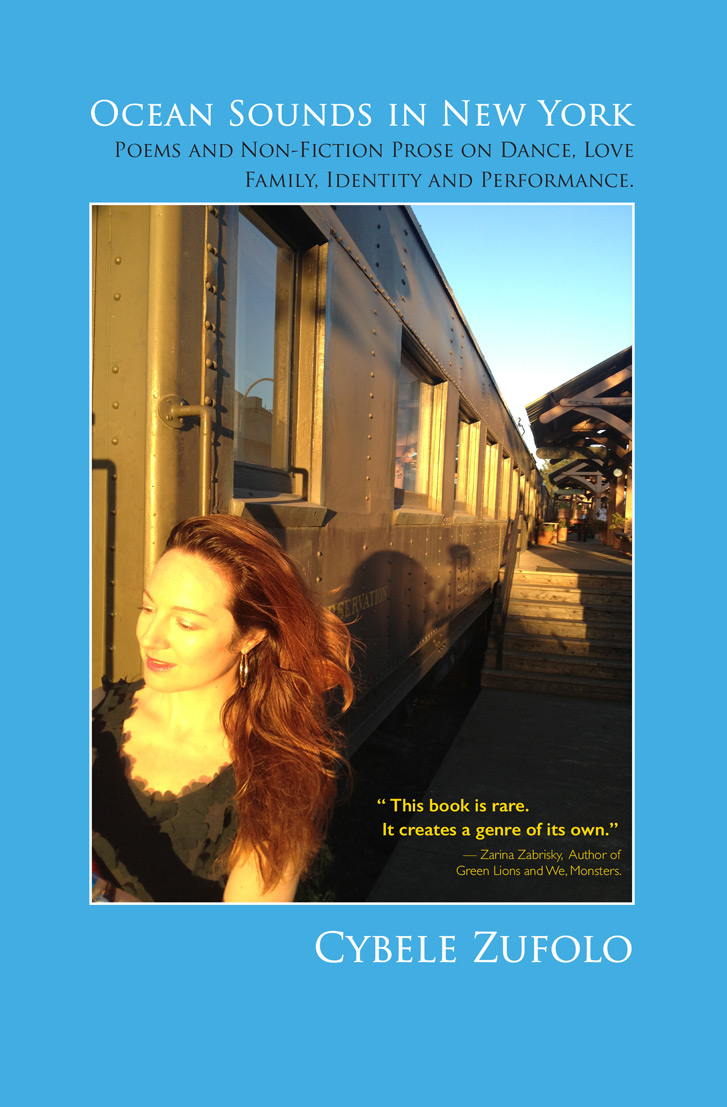 “Technically, it is not even writing--it is dancing. I feel a soul dancing between the lines. The soul of an artist passionate and pure, intense and sublime."
-- Zarina Zabrisky
author, We Monsters

"Open the book the way you enter the theater. Shed the pragmatic everyday logic of bus rides and income tax statements, and delve into the world of fairy dust, butterflies and spirits, part-glitter, part-ghosts, part-imagination, the world most surreal and painfully lovely behind the painted sets. The sentences might never touch the ground, or the paragraphs might turn in a breathless pirouette.

Words blur into sheer motion and flight. If you read with your soul’s eyes, though, you will feel the hot blood inside the pink silk of a toe shoe, sharp ache underneath the fuzz of tutu, and devastating longing underneath the sparkles of eye shadow and masks. Once a dancer, always a dancer. Bravo--and encore.”

Since I first met Cybele I've admired her energy and artistry as a dancer, writer and curator. Her performances always shine with a unique grace and instill in me the desire to create. I've had the pleasure of performing with her at a variety of events, and recently collaborated with her in a dramatic performance of Bulgakov's Viy. I immediately thought of Cybele as a perfect choice to perform alongside at Bay Area Generations. The pieces we submitted to Generations all have a strong sense of place, urban environments in particular. I believe the imagery in our individual poems, when performed collectively, will weave together to form a singular piece of art.

Among the five pairs of “Generations” that night were: William Taylor, Jr. and Cybele Zufolo, with their five short poems on dreams and nostalgic music, including Taylor’s satiric observations in “The Things the Pretty Girls Say”: “I believe all the stories / the sun has to tell, / I believe the things the pretty girls say / with their dream-fed smiles.” His poem seems a melancholy response to Zufolo’s “We Met at the Chelsea Hotel,” where she says: “we bought snacks at 4am, watched 3D movies, we made love like / hungry tigers, (pause) then took a cab ride to the east village.” Generations meet, repeat, and echo in their acute and satirical observations of the bohemian life in SF and NYC.